Hit enter to search or ESC to close
Analytics

The problem of classical market research 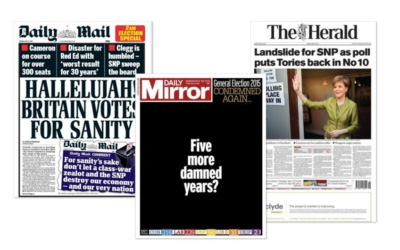 In the run-up to the British elections, the big elections were completely off the mark. In retrospect, the reasons are being sought. Tagesanzeiger.ch reports an article about it. As a possible reason a quote is mentioned: “…that there are many “shy” Tory voters who dare not stand to their true election intentions…”.

The fact that respondents do not say what they really think is one of the problems facing market research. It is and remains difficult or impossible to decipher the consumer’s black box.

As mentioned at the end of the article, predictions based on data analysis have led to better results. I am convinced that this is the case with many questions in campaign controlling. I would like to point out that this is not a vote of no principle against classical market research, because it is justified in the context of a comprehensive analysis.

© Copyright 2022 Signifikant Solutions AG | Made with ♥ in Switzerland